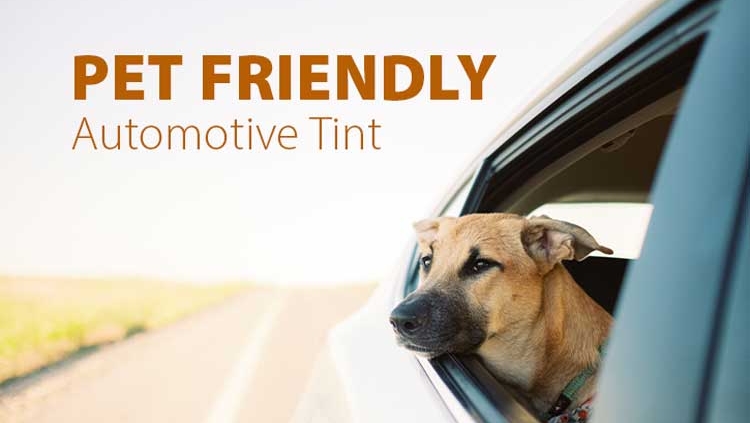 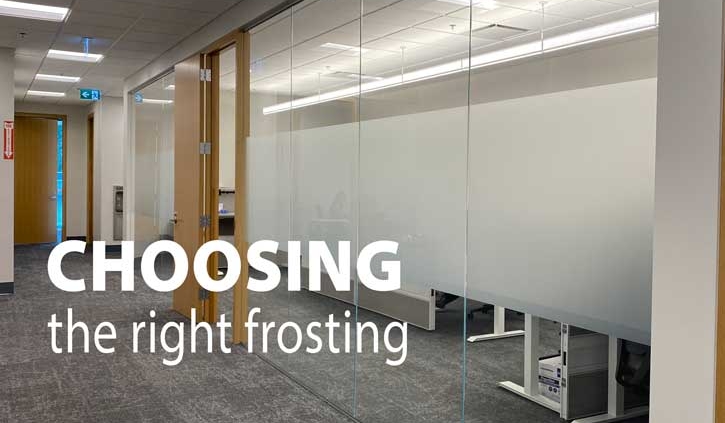 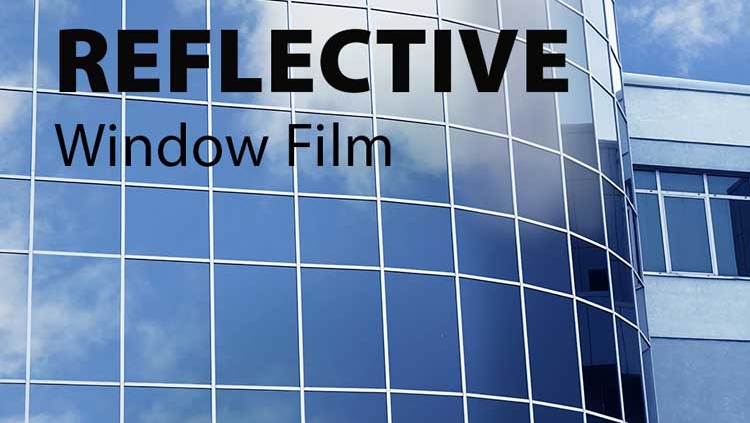 Reflective window film is great for heat rejection. However, there are differences in the various brands and product lines.

DYED FILM  A film, typically PET polyester, which has been colored by impregnation of a dye, over time there will likely be a change in color and reduction in performance.

DUAL REFLECTIVE  The construction of a window film where inside and outside surfaces have different visible light reflectance values. They are designed so that they are more reflective (shiny) to the exterior (to improve solar heat rejection) and less reflective to the interior (to reduce interior reflection caused by lights in your home at night.)

NEUTRAL FILM  The term “neutral,” is applied to certain films that do not adversely change the color of the glass or increase the reflection rate of the glass, both from the exterior and interior.  Because of their neutral construction, they typically do not have the same maximum performance of a reflective window film.

Relevance to customer: The smaller the number, the greater the solar heat reduction. This term is a standard measure in the glass industry; used to rate the relative effectiveness of a glazing system compared to a “standard window.” However, the glazing industry is moving away from use of the term since a “standard window” is no longer a single pane clear window with double strength glass. SHGC is a better term for quantifying glazing performance because if allows for easy comparison of of the solar performance of a given window to any other.

SPECTRALLY SELECTIVE  The term is used differently in different contexts in the glazing and window film industry. Very generally, any film product or glazing system is “spectrally selective” if it singles out specific regions of the solar spectrum (certainly ranges of wavelengths of electromagnetic radiation) to be preferentially blocked or transmitted.  (Nearly all high quality films “selectively” block nearly all the UV portion of the solar spectrum while blocking differing amounts of visible light and near infrared radiation.)  Recently, the term has been given restricted application to those window films that selectivity block all or most of the near-infrared region while allowing the transmission of most of the visible light, that is, those that have a light-to-solar-heat-gain ratio (LSG) is greater than 1.0.For general solar control purposes, spectral selectivity (in this more restricted sense) is desired because it means that far more of the (invisible) infrared part of the spectrum is being blocked than the visible portion, thus maintaining higher levels of light transmission while substantially reducing solar heat gain. Non-spectrally selective (neutral) films more evenly block both the visible and infrared regions of the spectrum.

THERMAL SHOCK Glass breakage as a result of uneven glass heating caused by rapid expansion of certain sun-exposed areas of a window pane while the other regions of the glass  remain cool can cause tensile forces beyond what the elasticity of the glass can tolerate. Window film with very high absorption values can cause thermal shock so it is important to follow the manufacturers’ recommended products.  Time of year, time of day, proximity of blinds, altitude and overhangs are also contributing factors in thermal shock.

The appearance of a thermal shock break is different from other kinds of glass breakage such as physical impact, torsion, sheer, bending, compression, or nickel sulfide inclusion.

TOTAL SOLAR ENERGY REJECTION (TSER)  The percent of incident solar energy rejected by a glazing system. This value equals solar reflectance plus the part of solar absorptance that is both re-radiated and conducted/convected outwardly.

Relevance to customer: Like “shading coefficient” in the glass industry, this term has been a standard one in the film industry. The number is a good way to compare relative performance of various products. (Remember that this number is measured for a film on clear, 3mm glass, unless otherwise stated.)

VISIBLE LIGHT TRANSMITTANCE (VLT) The ratio of the amount of total visible light (380-780 nanometers) that is allowed to pass through a glazing system.  Visible light energy accounts for about 49.3% of the sun’s energy reaching Earth’s surface.  Usually expressed as a percentage, VLT value is weighted in the area of the spectrum most easily sensed by the human eye, around 550nm. Since glare is caused by high levels of visible light transmittance through a glazing system, a higher VLT value often equates to better glare reduction.

Relevance to the customer: The smaller this number, the greater the glare reduction. Of concern to many clients because while they want glare reduction, they often do not want a room “too dark.”

VISIBLE LIGHT REFLECTANCE (VLR)  The percent of total visible light falling on a glazing system that is reflected by that system. Generally, VLR values are for exterior surfaces, those exposed to sunlight, unless otherwise specified. For dual-reflectance films, values are often given for each surface, the exterior (usually listed first in specification charts) and the interior (listed second).

Relevance to customer: A guide to how “shiny” a film looks from the exterior of a building relative to other films. Clear glass has a VLR of about 8%. And the lower the interior reflectance value, the less shiny the window will appear at night from the interior when it is very dark outside but brightly lit inside.

ATTACHMENT SYSTEM   A means to mechanically attach a safety window film to the window frame after installation to assist in keeping the pane in place should the glass be broken as a result of explosion, earthquake, forced entry attempts, etc. Increasingly, more such designs are coming on the market.

BREAK STRENGTH   The ability of window film to resist being pulled apart. The measurement is given in terms of force per unit width, such as pounds per inch, grams per centimeter, etc. Unlike tensile strength, break strength varies greatly with film thickness and substrate type and is used to gauge the absolute strength of a strip of the material of a given width.

ELONGATION AT BREAK  The percent increase in length of a sample at the point of separation when tested for Break Strength. Elongation measures the film’s ability to stretch without separating (breaking apart). Reported in percent. A 100% Elongation at Break indicates the film doubles in length before separating/breaking.

LAMINATED GLASS  Laminated glass consists of a tough plastic interlayer made of polyvinylbutyral (PVB) bonded together between two panes of glass under heat and pressure. Once sealed together, the glass “sandwich” behaves as a single unit and looks like normal glass. Annealed, heat strengthened or tempered glass can be used to produce laminated glass. Similar to the glass in car windshields, laminated glass may crack upon impact, but the glass fragments tend to adhere to the plastic interlayer rather than falling free and potentially causing injury.

PEEL STRENGTH  In the field of window films, this value is given in terms of pounds per inch, grams per centimeter, grams per inch, etc., and measures the ability of an adhesive system to resist a force that is pulling the film away from the glass surface either at right angles or 180° to the glass surface (depending of the testing criterion).

PUNCTURE STRENGTH  The ability of a material (such as window film) to resist penetration or “puncture” with a blunt probe of specified size and shape. Measurement is in terms of force, such as pounds.

CURING TIME  The duration of time that must pass for all application solution used during installation to evaporate from beneath the film and for the film’s adhesive system to reach maximum bond strength.

DAYLIGHT INSTALLATION  An installation practice whereby film is installed to framed glass surfaces with a slight trim or gap remaining between the window framing system and the film product’s edge.

EDGE TO EDGE INSTALLATION  An installation practice whereby film is completely installed from edge to edge (or 100% of the surface) on unframed or framed glass surfaces with minimal trim factor.

FILM ON  Eastman trademarked and recommended application solution for pressure sensitive adhesive films and those films sensitive to acid-based application solutions (such as sputtered bronze films and those films with elemental silver).  This liquid contains the surfactant/wetting agent used in baby shampoo—without the host of “contaminating” chemical extras, such as glycerin and various perfumes and coloring agents. It causes water to become slippery and is therefore excellent for the film mobility and squeegee lubrication needed for installation. It is neutral in pH (neither acidic nor basic) and therefore will not affect the chemical composition of the mounting adhesive nor the long-term stability of the metallic depositions in various films.